Hi haters! A wild Champions League week showed that no teams are safe this season as Liverpool were on their way to a 5-0 sin but stumbled and gave up 2 away goals, opening the door for another possible 3-goal comeback from Roma. Meanwhile Real Madrid went down 1-0 and showed Bayern that you can’t give them counter attacking chances, as they capitalized on two of those chances to take the first leg 2-1 with two crucial away goals. I WHIFFED on both matches, but that happens and you just have to pick yourself up, refocus and most important Trust The Process.

In the Champions League NIT (Europa League), Arsenal blew a 1-0 lead to 10-man Atletico Madrid and Marseille took it to Red Bull Salzberg 2-0.

We now enter an odd time of year in European soccer. Usually teams are fighting for titles or top-4 places, but this season almost every single league (besides Serie A) has a title winner already decided and most leagues already have the top-4 decided (except Serie A/Bundesliga). But there are some major things that are still being fought for; relegation spots. Teams who are near, or in, the bottom 4 are now fighting to stay alive in Europe’s top leagues. They offer value especially against teams who aren’t playing for as much down the stretch of the season. I’ll be keeping my eyes out for exploitable lines these last few weeks of the season.

Let’s get down to brass tax…

Stoke City @ Liverpool – Liverpool are expected to sit some of their key players due to their second leg match against Roma next Wednesday. Liverpool are fighting for the third place spot with a 3-point lead over Spurs with one more match played, but this match doesn’t come nearly as important as their second leg against Roma. Stoke are in big trouble as they sit in 19th, 4 points inside the relegation zone and has one more match played than the 4 teams above them. Bottom line; they NEED to get at least a point here. Take the desperate team here with the points. Stoke City (+1.5). 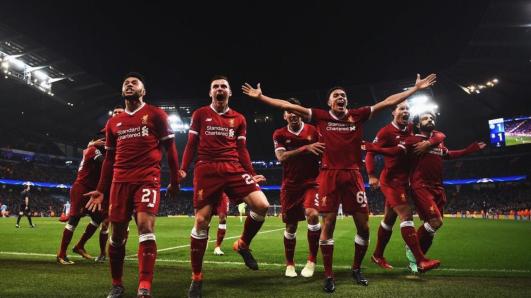 Bournemouth @ Southampton – Southampton, also in the relegation zone, are tied on points with Stoke but have a match in hand. They sit in a very similar position as Stoke but are in very poor form, gaining only 1 point from their last possible 12 in the league. But three those of those four matches have come against Arsenal, Chelsea and Leicester. Even though Southampton have been abysmal at home, you can’t fade the team that has the livelihood of their club on the line. Southampton (-0.5).

West Brom @ Newcastle United – West Brom, who are you? You were by far and away one of the worst teams in recent Premier League history and then you beat United at Old Trafford and come back down 2-0 to draw against soon-to-be Champions League finalists Liverpool. Sadly, they are 8 points from safety with three more matches. In Lehman’s terms, they’re already relegated. Newcastle have only lost 1 of their last 5 and haven’t lost at home since Decemeber against City. Newcastle United (-0.5).

Everton @ Huddersfield – Although Huddersfield sit 6 points above the relegation zone, they want to make sure they stay up in their first Premier League season. Everton have only gained 0.71 points per away match and Huddersfield are averaging 1.35 points per home match, a recipe that should result in points for Huddersfield. Huddersfield (Pick -115).

Leicester City @ Crystal Palace – These two teams actually average the same amount of points per match in this exact scenario. Palace are averaging 1.18 ppm at home while Leicester are averaging the same mark away from home. Palace sit 6 points above the relegation zone with a comfortable enough goal differential to almost guarantee their safety this season, but have the chance to jump closer to the top 10 with 3 points in this match. But to bring it back to the original point, Palace have been average at home with 1.18 ppm and Leicester have been above average with that same number away from home. Take the better dog here. Leicester City (+0.5).

Brighton @ Burnley – Burnley have all but guaranteed a top-7 spot, while Brighton have all but sealed their return to the Premier League next season. The big stat that I take from this is that Burnley have only had 1 loss and 1 draw in their last 8 matches and are going against the third worst away team in the league. Brighton are averaging an abysmal 0.63 ppm away from home this season and are winless in their last 10 away league matches. Burnley (-0.5).

Chelsea @ Swansea City – This is the match of the season for Swansea as gaining points, especially three points, can assure their safety in a wild season. But Chelsea aren’t fighting for nothing here, as they still have a slight chance at clinching a top-4 spot if Spurs slip up and they can get three points here against the Swans. Chelsea are just a much better team and are in good form after advancing to the FA Cup Final. Chelsea (-1).

Manchester City @ West Ham – I don’t even know what to say here because City aren’t playing for anything and it opens a chance to play youth players, but they could still wipe West Ham out of the water here. Metrics and stats don’t matter as much in this one since there are extenuating circumstances with City clinched and not playing for anything. I’m going to stick with the champions no matter who they trot out there on Sunday. Manchester City (-1.5).

Arsenal @ Manchester United – The gunners come into this after a deflating loss to Atletico in the Europa League Semifinal Leg 1. United meanwhile are in good form with loads of confidence after their FA Cup win over Spurs. Arsenal have been absolutely dreadful away from home, especially in 2018. With only 0.81 ppm away from home, they will have to go up against the second best home team in the league this year. Sorry Arsene but the farewell tour may not end the way you’d hoped. Manchester United (-1).

Watford @ Tottenham – 2.5 points is a lot of points to lay down for Watford in this match especially when these two teams drew 1-1 earlier in the year and Watford have been an above average away team this season. Bottom line, I cant pick against 2.5 points here. Watford (+2.5).

That’s all for the Premier League picks for this weekend! Enjoy the matches and try to get your footy knowledge up before the World Cup this summer. Til next time…